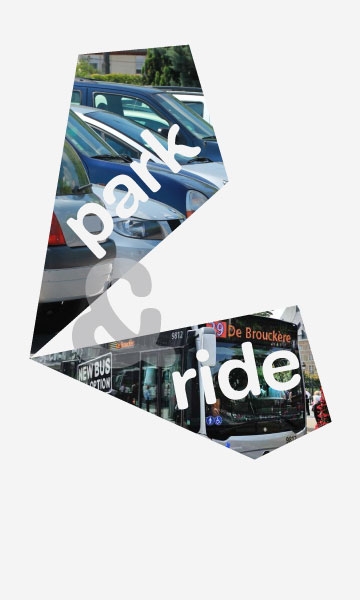 How to counter congestion in Brussels?

The Park and Ride (P+R) facilities are just one “smart” solution that allow people to move more easily around the city.

Currently six of them are not operated as “car parks”,  meaning they are open to the public and free. Unfortunately they are partly occupied by residents and by short-term parkers who need to be in the area. These car parks are missing their purpose.  That is why we want to start actively managing them as Park & Rides and encourage people to start using public transport instead of their cars. Motorists should park their car on the fringe of the region and then switch to the metro, tram or bus to continue their journey.

The seventh car park, Erasmus, is managed by a private operator, called Indigo, under a concession (before the agency was established). Of the 670 parking spaces, 100 spaces will be reserved for Park & Ride facilities. At the government’s request, parking.brussels is planning to actively manage the existing P & R facilities and extend their offering.

COOVI will be the first such Brussels car park. Currently we are looking at 200 spaces in open air. In the long term, there will be 1,350, including 150 secure parking spaces for bikes.

By the end of the year, we wish to operate this car park as a pilot project, before the expansion works start. During this time, the equipment will be tested as well as the exploitation model which will be used as an example for the exploitation of all regional P&R facilities.

This car park targets Brussels residents who have trouble reaching the city centre by public transport from where they live as well as residents who live on the fringe of the Brussels-Capital Region.

The Brussels Government has decided that the P&R facilities will be pay and display car parks. The tariffs will be very affordable, however, compared with the price that people pay for a parking space in the centre on public roads and outside of it.
parking.brussels
Back to news