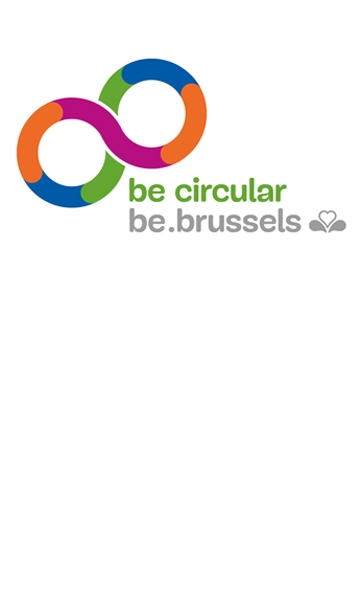 Regional Programme for the Circular Economy

In its 2025 strategy adopted on 16 June 2015, the Brussels Government set out the goal of revitalising the Brussels economy with a 10-year vision. The environment is identified as area that brings jobs, in connection with the development of a regional programme for the circular economy.
This programme, the PREC (for Programme Régional en Economie Circulaire, or Regional Programme on the Circular Economy), was adopted by the Government on 10 March 2016.Brussels Environnement is co-piloting it with Impulse, Innoviris and the agency Brussels Propreté.
With the PREC, the Region also wants to position itself as a particularly innovative European region, as a precursor for public policy to support the development of the circular economy by a voluntary approach to efficient management of its resources.

What is the circular economy?

The circular economy is a business model in which resources circulate in a loop to preserve them. Why?
By using resources more efficiently, by reducing waste, by ensuring that what is waste for some becomes the resources of others, by lengthening the service life of products, etc., and all at a local level, we can reduce the impact of trade and production on the environment while promoting citizens' welfare.
The circular economy is not limited to the recovery or recycling of materials - it also implies upstream consideration of the design of products. From the outset you have to know how long it will last and how the resources that make it up will be reintegrated into the economic circuit at the end of its life.
It's a "low carbon" business model, creating local jobs and producing added value for the people of Brussels, while respecting their environment and their quality of life.

The Regional Programme on the Circular Economy has three main objectives:

These measures concern all economic players and aim to establish a favourable regulatory framework, economic aid, to develop innovation, sustainable and innovative public markets, to create or guide new training for new trades adapted to the profile of those seeking jobs in Brussels. In short, it means activating the public levers that promote a favourable overall environment for the emergence and deployment of the circular economy in the Brussels-Capital Region.

Specific measures are targeted at construction, resources and waste, logistics, trade and food (which is the subject of the Good Food strategy (french)). These sectors have been selected according to their potential for job creation, their impact on greenhouse gas emissions and because they are at the heart of the most important challenges for Brussels.

In addition to cross-sectoral and sectoral approaches, the PREC aims to mobilise all players in the Brussels area, from the suburbs to the metropolitan area. The goal is to act at the local level through Sustainable Neighbourhood contracts, Urban Renovation contracts, calls for Agenda 21 projects for the municipalities, the ten priority development hubs and the canal area, by integrating the circular economy with the sustainable neighbourhood framework developed by Brussels Environnement.
The Region also wants to retain spaces for circular economic activities via the Agence Immobilière Economique (Economic Real Estate Agency) project (business park dedicated to these types of activity), and will build on the regional strategy of creating digital manufacturing workshops .

The PREC will be led by three Ministers and will bring together and coordinate no fewer than 13 partner authorities!
A strategic committee (Ministers and authorities), coordination committees and strengthened cooperation between authorities are therefore planned to ensure the operation of the programme and its implementation.