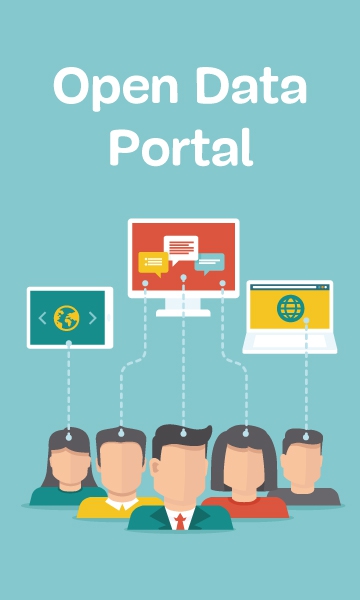 A regional Open Data portal would serve as a springboard for smart city services and the digital economy in the Brussels-Capital Region, provided that the regional regulations are ambitious in supporting the opening up of public data following on from the European PSI directive.

In the smart city, virtually every piece of information about the city, its services, its equipment, its people, its economy, etc. is available in the form of digital data. A considerable amount of this information is in the hands of the public authorities.

A number of smart cities have chosen, with success, to open up these data widely so that they can be consulted and, above all, reused by new smart services created by private initiatives, in particular for mobile applications. This is the Open Data principle adopted, for instance, in cities such as Amsterdam, Berlin and Helsinki.

The Brussels-Capital Region has already been given an Open Data boost by the BRIC and Brussels Mobility, among others. An additional step now has to be taken by supporting an ambitious regional vision of Open Data. The opportunity for this arises with the need for the Region to transpose the European directive on the reuse of public sector information (the PSI directive).

Renewed in 2013 to promote the Open Data economy, the PSI directive offers the ideal framework for the Brussels-Capital Region to make the opening up of public data the default position, limiting exceptions to this principle as much as possible.

Moreover, to ensure that this mass of Open Data can be easily reused, it has to be made accessible in formats that can be read by people and by machines on the one hand and centralised at a single point of access on the other. The regional Brussels Open Data portal would fulfil this twofold objective.

This Open Data portal will be a powerful economic lever. On a worldwide scale, the economic repercussions of Open Data are estimated at several billion euros. For the Brussels-Capital Region alone, the Agoria federation has calculated that Open Data would bring in EUR 180 million and create 1,500 new jobs in the Brussels economy (French).
Keywords :
Back to news