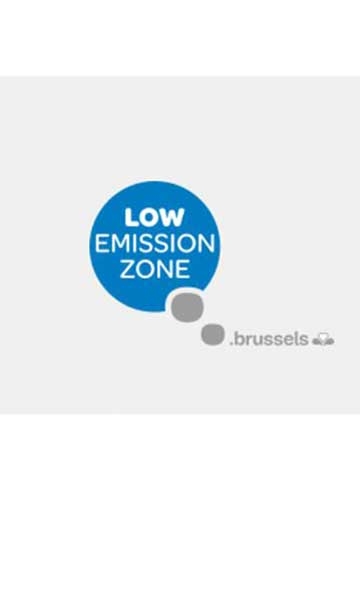 Since 1 January 2018, the permanent LEZ or Low Emission Zone has been in force across the territory of the 19 Brussels communes. This will gradually ban the circulation of the most polluting vehicles in order to improve air quality and preserve the health of the city’s inhabitants.

Bruxelles Environnement, the BRIC, Brussels Regional Public Service Taxation, Bruxelles Mobilité and Brussels Prevention and Security have been coordinating their resources since June 2016 to precisely define the outlines of this measure. The introduction of the Low Emission Zone in the Brussels-Capital Region will be an evolutive process. The first restrictions will come into force in 2018 and a staggered schedule is planned until 2025. The access criteria are based on the EURO standard and fuel. The measure covers vehicles registered both in Belgium and abroad. The Low Emission Zone will therefore apply permanently, 24/7, across the whole of the Brussels-Capital Region except the ring road, stretches of road leading to the ring road and access roads to certain transit car parks (currently Ceria-Coovi, Stalle and Kraainem). If the LEZ is to be observed and understood, it must be clearly marked, which is why Bruxelles Mobilité has already installed 277 panels across the Region. Checks will be made using cameras on the basis of the vehicle’s registration plate. In practical terms, administrative fines of up to € 350 may be imposed.
To enable the general public to comply with this measure, a transition period of nine months is planned. This period of time will enable the authorities to undertake a series of adjustments and tests to make sure that the system co-managed by several Brussels administrations runs smoothly.
During the second quarter of 2018, checks will be carried out and warnings will be sent to vehicles that infringe the measure instead of fines, which will be issued as of the month of October.
After the transition period, a latent period will apply, during which it will not be possible to accumulate several infringements with the same vehicle over a three-month period. Phasing in the measure in this way will enable people to change their vehicle or their mode of travel. Thanks to the BRIC, over 50 capture points specifically for the LEZ project have already been installed. These are cameras that read registration plates. The aim is to install more than 175 over the next six months. In addition, ANPR cameras will be installed as part of the Police ANPR project, coordinated by Brussels Prevention and Security and the BRIC. All the regional cameras will be integrated into the CCTV platform. “Instead of opting for a sticker system, in force in some European cities, we have decided to use smart cameras to monitor the LEZ. The Brussels-Capital Region is therefore demonstrating its ‘Smart City’ dimension once again. Eventually, everyone who enters our Region with a car that does not comply with the standards will automatically receive a fine at their home address. With over 175 cameras, no-one will be able to escape our cover. In addition to the LEZ, the smart cameras can also be used for many other applications: speed checks, mobility analyses, detecting or pursuing vehicles, etc.” explains Bianca Debaets, Secretary of State for the Digital Transition.
lez.brussels