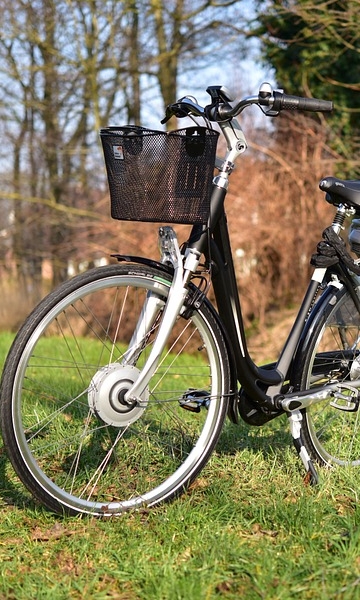 Speed-pedelec is an emerging mode of transport, which is developing quickly in Belgium and more particularly in Flanders. The current number of speed-pedelec journeys to and from the Brussels-Capital Region is estimated at approximately 600/day. The study conducted by Bruxelles Mobilité estimates the potential development by 2030 to be over ten thousand daily trips.
While most surveys of Brussels' cyclists reveal that the majority of them previously used public transport, this new study highlights the fact that half of the respondents (50.5%) previously used their cars to make journeys that they now do by speed-pedelec. Consequently, there is a real modal shift from the car to this mode of transport which represents a sustainable alternative for journeys averaging 25 km around Brussels.

The respondents to the survey indicated a preference for separate cycling infrastructure (rather than using the road) and clear road markings (marked cycle routes, bus lanes).
To boost use of speed-pedelecs, Bruxelles Mobilité plans to consider the needs of this specific mode of transport in terms of signage and/or infrastructure.

The construction of a "Velo PLUS" network is planned for the new Regional Mobility Plan (GoodMove). This is a network primarily intended for quick connections at metropolitan level (a main cycle network including routes that facilitate inter-regional connections). The direct nature of the journey and limiting collisions with other users are particularly important factors. Separate cycle routes are favoured over mixed traffic. Such routes are designed to allow for cargo bikes.

The primary factor in accidents claimed by users is unexpected behaviour of other road users (34.7% of responses), followed by speed and/or vehicle pressure on shared road infrastructure. In terms of accidentology, while the study reveals that accidents take place (or have been narrowly avoided) at intersections (29.8%) or on a section of the roadway (29.8%), we surprisingly note that the majority of accidents and/or situations conducive to accidents occur on separate cycle routes (31.9%).

It is opportune to remember that separate cycle routes are not exempt from collisions with cars: garage exits, doors opening or even illegal parking. It is therefore just as important to familiarise not just the users themselves, but also other road users with this new mode of transport, its characteristics and potential risks.
Relevant administration(s)
Back to news