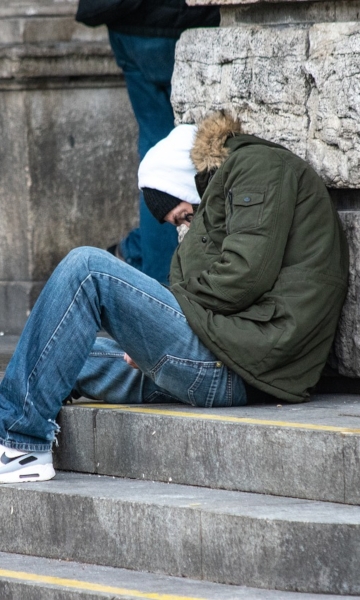 • 21 November 2019
Even in this day and age, many people live in poverty or on the street. That is why about a hundred Brussels organisations have joined forces to create survivinginbrussels.be, which was subsidised by Brussels Smart City. For a part of the technical development, they collaborated with the BRIC, which is also the driving force behind smartcity.brussels.

Surviving.brussels makes sure that homeless and disadvantaged people know where they can spend the night, receive medical assistance or legal support, and get some food in a few clicks or swipes. This is available in no less than ten different languages and works on the base of numerous very clear icons, which equals an inclusive, very user-friendly platform.

In order to ensure that these people will find their way to these places, a map has been integrated into the platform, among other things. And that is where the BRIC comes in, because this interactive map was generated using the centre's cartographic UrbIS tools.

It goes without saying that we are very proud of the support that we have provided, because it perfectly illustrates our vision: boosting the quality of life for everyone in the Brussels region.

Survivinginbrussels.be was created in 2015 by some volunteers at Doucheflux. However, the project only really took off this year, after they received subsidies from Brussels Smart City. The platform is a textbook example of how we as a society can evolve positively with technology, innovation and IoT as building blocks.
https://www.survivinginbrussels.be
Relevant administration(s)
Back to news