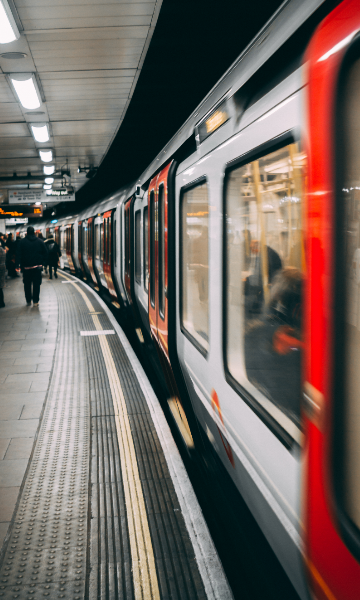 Last week, SNCB announced that they are closing ticket offices at 44 of their train stations. This means that only 16% of Belgian railway stations will still have manned ticket offices. The reasoning behind this? More and more tickets are being purchased digitally, so these ticket offices are no longer needed. The problem? People with few digital skills are – once again – being left out.

Looking at the figures from the King Baudouin Foundation's Digital Inclusion Barometer, 28% of Internet users do not buy online. In addition, 8% of the population do not use the Internet. If you put those figures side by side, then closing ticket offices amounts to excluding people.

Furthermore, the figures from the Barometer show that more vulnerable groups in particular experience digital barriers. For example, nearly a quarter of low-income individuals do not use the Internet, more than half (57%) of Internet users with a low level of education have never purchased anything online, and 28% of 65 to 74-year-olds have never used the Internet.

The closing of ticket offices and other points of physical service is a trend we have seen for some time. Coronavirus is being used to continue this trend by closing additional contact points. This goes further than just the decision by SNCB: for example, energy companies are becoming more and more difficult to reach and registrations for schools and leisure activities are increasingly made online. You can contact them via a website, but for that you need an e-mail address, which excludes people without one. Telephone contact seems a logical and feasible alternative, but this often costs, which is again an additional barrier for many disadvantaged groups.

The result is that people are excluded from essential services and information. In the case of SNCB, it is by no means just about buying a ticket, but also about having somewhere to go with questions about the timetable or the service offering.

Moreover, we see that people are often disadvantaged when they choose the non-digital alternative, because this often involves extra costs. For example, a transfer at the ticket office often costs money, but not online, and a physical ticket at De Lijn is much more expensive than an online ticket. If figures show that people who are financially less secure do have to pay this extra cost, then you see the exclusion mechanisms that are created by a far-reaching digitalisation of services.

The story does not have to be black and white. It is understandable that SNCB wants to change things when it appears that, 70% of the time, employees do not see any travellers at their ticket office. But then why is stopping the service altogether, involving job losses, the only solution? Why not look more closely at alternatives and find a way to continue to provide a minimal physical service? Deploy staff to teach people how to use the app and the ticket machines, partner with De Post or other organisations, and create central points where different services come together.

The e-Inclusion Task Force is advocating for a system that focuses on ‘the digital’, with an emphasis on its inclusive nature. This means that efforts will be needed to ensure the user-friendliness and accessibility of digital applications, as well as guidance and training on their use. In addition to the online service, which is intuitive and accessible, telephone support should always be possible (preferably via a toll-free number) and a minimum of physical service remains a must. Only then can we say we have an inclusive service where no-one is left out.