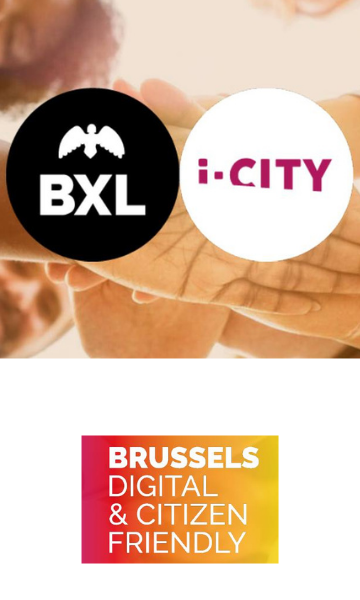 The City of Brussels Data Centre is moving!

Do you know where most of the City of Brussels' applications are located?

Until recently, the servers hosting them were located in the i-CITY building on Boulevard Jacqmain. But a small revolution took place at the end of 2020, when i-CITY migrated the first part of its application servers to a new infrastructure called "private cloud", within the Brussels Regional Informatics Centre (BRIC). It was a vast operation consistent with a desire to guarantee greater security and reliability, the faster deployment of new projects and a smaller environmental impact.

Alongside this migration, i-CITY is continuing to migrate other applications, such as the City's websites, to the Microsoft Azure Cloud.

For these various migrations to take place, a clean-up was launched and has resulted in 720 virtual servers (December 2020). Of the total of 720 servers, 500 are candidates for the "private cloud" solution. The rest will either migrate to the Microsoft Azure Cloud or be decommissioned in the future.

The i-CITY teams have already taken no fewer than 80 servers from the Emile Jacqmain site to the BRIC Data Centre since December 2020.  This migration is expected to end in summer 2021.

It is a wonderful example of successful collaboration between the City and the Region, and the progress made by i-CITY towards a digital, reliable, secure and sustainable administration for the citizens of the City of Brussels.
Relevant administration(s)
Back to news