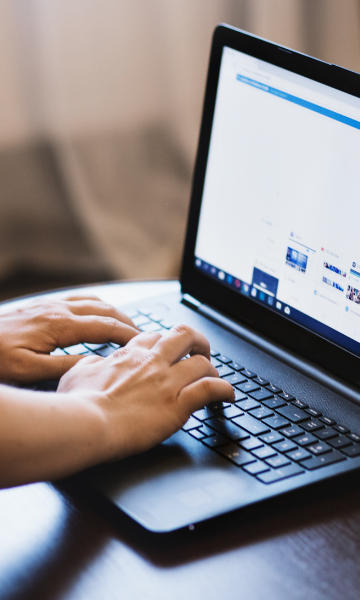 Smart Lunch: a breath of digital transformation for local authorities!

On 27 April, the Smart City Office of the Brussels Region held another "Smart Lunch", an event that encourages elected officials and employees of Brussels local authorities to make their organisation smarter. The usual triptych of these Smart Lunches is an academic introduction, a concrete case study presented by a private sector company, and lastly the inspiring experiences of two Brussels municipalities! Let's have a look!

his time dedicated to the digital transformation in local authorities and more particularly to its stakeholders, local authority officials, the 27 April session was introduced by Mr Bernard Clerfayt, Minister of Digital Transition for the Brussels-Capital Region. The Minister began his speech by reminding us that the acceleration of the digital transition, brought about by the health crisis, has had a lasting impact on the way in which the people of Brussels will interact with their municipalities from now on (making appointments online, etc.). It also has consequences for the way in which local government officials work. The importance of supporting this transformation to improve services to citizens on the one hand, and ensure the comfort of civil servants on the other, is one of the priorities of the Region!

Nicolas Van Zeebroeck then took the floor to offer his interpretation of the digital transition. He focused on the inexorable nature of digitalisation, whose economic benefits are enormous. According to the professor of the Solvay Brussels School of Economics and Management, the vast range of diverse technologies (AI, Big Data, social networks, cryptocurrencies) that "digital" encompasses brings strategic changes and organisational imperatives that no structure will be able to avoid in the future, especially public authorities.

The microphone was then handed to Mathis André, CEO of the start-up Faqbot, and to Arnaud De Visscher, web development officer at 1819. After a brief reminder of the missions of 1819 and the functionalities of a chatbot, they dwelt on the particularities of its implementation at 1819, whose objective is to support advisors so they can devote themselves to more complex tasks such as the handling of particular cases. While the bot's main role is to support employees, it is also very useful for entrepreneurs, the users of 1819, since this bot serves as an additional communication channel to support them in their entrepreneurial adventure. The continuous training of the bot and an increase in monthly traffic are the challenges identified and on which 1819 and Faqbot are working in synergy.

Lastly, Arnaud Filippi, Director of the Information Management Department at the Molenbeek-Saint-Jean Public Centre for Social Welfare (PCSW), presented the project for the digitisation of social files within the PCSW of his municipality. Introduced by Georges Van Leeckwyck, Alderman for Budget and Finance for the municipality of Molenbeek, Mr Filippi first defined the term digitisation; in addition to the digitisation of documents, the project also aims to digitise the associated processes. The health crisis has been a major challenge for the Molenbeek PCSW, whose main objective in recent months has been to maintain its activities. Using the existing social software, as many as 250,000 documents were digitally attached to social files in 2020. The entire processing chain could be digitised, right up to the decision-making process. The results include better access to information and easier searching.
The speaker concluded by reminding us of the need to use centralised solutions and keep in mind the real benefits for citizens in any digital transformation process.

The Smart City Office warmly thanks the speakers and participants for these rewarding discussions.

Would you like to take part? Send an email to cvanderborght@cirb.brussels to be included on the guest list.
Relevant administration(s)
Back to news