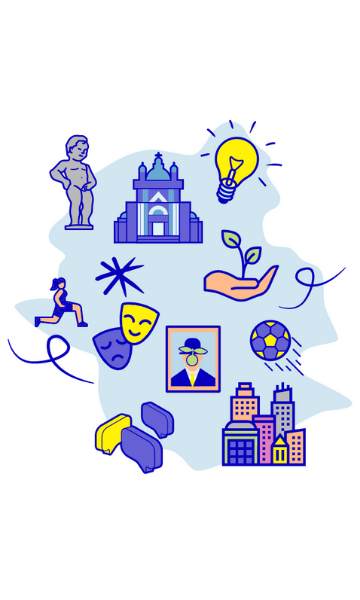 The Brussels Region has launched the website openbudgets.brussels to allow real transparency in the financial flows of the Brussels public administrations. This site, which is open to all citizens, contains more than 245,000 lines of data and has several benefits. A short explanation.

"Who gives how much to whom?". It is not uncommon to hear citizens asking this question and criticising the lack of transparency by public authorities. This time has now passed in the Brussels Region.

Openbudgets gathers all the budgetary data encoded by the regional public administrations in the accounting systems and published on the regional data.brussels platform. Thanks to the platform's Visualisations tab, citizens can see the key figures for the past year at a glance. How much was paid out in grants? Which NPOs and companies received the most subsidies? etc. The raw data is also available and can be consulted, filtered and cross-referenced. Searches can be made by Crossroads Bank for Enterprises number, legal form or post code.

Citizens can find which companies received Covid premiums in 2020, the subsidies to support companies within the framework of the innovation policy, the expenditure on the renovation of road infrastructures, the support for non-profit organisations working to combat homelessness, etc.

Openbudgets contains data from no fewer than 16 separate administrations. In the Brussels context, this is an organisational and technical achievement. Although it marks a first step in financial transparency in the Brussels Region, it can be further developed, particularly by integrating the data of local authorities (municipalities and Public Social Welfare Centres).

"Openbudgets is one of the most advanced public expenditure transparency projects in Belgium and Europe. Making data on financial flows accessible and usable means enabling democratic control. And that is essential", concluded Bernard Clerfayt, Brussels Minister for Administrative Simplification and the Digital Transition.

Openbudgets.brussels is based on the data sets published on a data model constructed for the reuse and visualisation of this data. The data model can be found on datastore.brussels.
Relevant administration(s)
Back to news