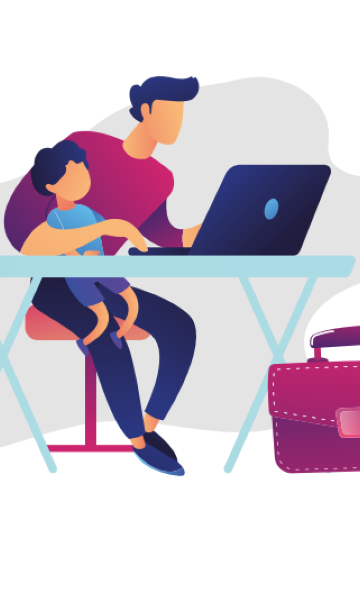 Your views on digital inclusion in Brussels

Some time ago, we launched a poll on our website dedicated to Digital Inclusion in the Brussels-Capital Region. Now is the time to see what conclusions we can draw from this.

In the battle against digital exclusion, the Digital Public Spaces play a crucial role. These DPSs are present in several Brussels municipalities. You can find computers with Internet access here and you can be guided by the multimedia coaches. We asked what function you think is most central to the DPSs. Almost half of the respondents ranked the opportunity for guidance during their online activities first. Our poll gives an insight into what the residents of Brussels themselves identified as a priority for Digital Inclusion Coordination. As part of the Plan for Digital Appropriation, equipping front-line actors and supporting coaches was identified as a priority by 1 in 5 respondents. This shows once again how important proper support from supervisors is.

Almost 60% of the 75 participants in the survey said they considered the coaching element to be the most important. According to them, the Digital Inclusion Coordination for the Brussels-Capital Region should focus on the six different target groups and how best to help them on their way to digital accessibility. The Brussels-Capital Region has launched a call for projects in collaboration with the King Baudouin Foundation and the Digital Inclusion Coordination. Which target group do you think had the most need of support in the context of this call for projects? With 45% of the votes, almost half of the participants chose disadvantaged people as priority target group, followed by job-seekers (19.5%) and the elderly (12.5%). Young people, people with disabilities and women rounded off the list with 10%, 8.5% and 5% of the votes respectively. The call for digital accessibility projects ultimately received 132 submissions. Out of these, 30 winning projects were chosen, each of which was allocated between 5,000 and 15,000 euros. Would you like to know which projects are in the pipeline for your chosen target group? Check out the winners here.

Be sure to keep an eye on our website or sign up for our newsletter if you want to be notified of future polls!
Back to news