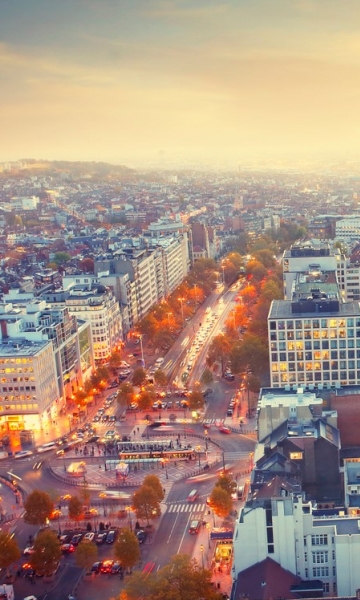 The Brussels Smart City: how "intelligence" can be synonymous with video surveillance

On Monday 30 August, Brussels Studies, the journal of research on Brussels, published an article on the Brussels Smart City and video surveillance in which the BRIC and several of its employees are cited on numerous occasions.

The author analyses the projects launched and followed-up during the previous legislature, and argues that while the projects to put in place and use surveillance cameras have been successful, there is a lack of intelligent mobility projects. According to his analysis, this is attributable to the difficulty of implementing transversal policies on a highly controversial and sensitive subject such as mobility on the one hand, and by the fact that the Smart City strategy was taken up and driven forward by the BRIC. The BRIC wisely prioritised the video surveillance project, a project that the sector had long been calling for (police zones, STIB and Brussels Mobility), which pools the infrastructure and costs, and which preceded the sixth reform of the State (new competences in prevention and security) as well as the heightened security needs following the attacks of March 2016.

The pooling platform for video surveillance has since served as the backbone for other large-scale regional projects, such as the LEZ (Low Emission Zone). Indeed, these are part of the police cameras that also make it possible to stop polluting vehicles entering the regional territory, which greatly enhances air quality and thus the quality of life of Brussels residents.


But all these projects were launched under the previous legislature, what does the future hold?


Following the elections in 2019, and based on the "Smart City memorandum of objectives" from April 2019, various initiatives have been transcribed into the policy statement. Whereas the first Smart City strategy was oriented and driven forward by the BRIC, this memorandum of objectives was the subject of an intense collaborative process with all the stakeholders in the Brussels ecosystem: all the administrations, companies, the academic world and all the political offices. The regional policy statement on the Smart City includes many proposals, some of which have already been implemented. These include:
We agree with the author's observation regarding the limits to transversality that are specific to Brussels. In addition to the initiatives set out in the government's policy statement, Minister Clerfayt and the BRIC launched a wide-ranging project to optimise IT spending in the 10 regional administrations with the largest IT budgets, as well as three governance bodies that will make it possible to harmonise investments, architectures and data. With a clear overview of the expenditure of each entity, and rules on norms and standards decided on collectively, this long-coveted transversality can finally become a reality.
By creating this digital breeding ground, and with the help of business project leaders, we hope to foster the emergence of various other Smart City projects, including mobility projects. The Brussels Region has seized the opportunity of the EU's national recovery and resilience plan following the COVID-19 crisis to secure several substantial funding packages for smart and transversal projects: