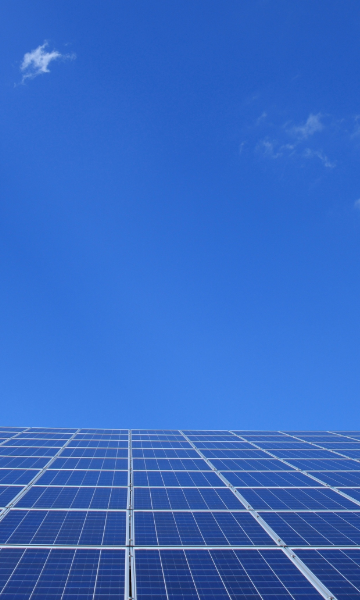 • 07 October 2021
Our smart lunch on Tuesday 28 September was about using Smart City data to produce intelligence, in particular around energy (solar energy production and insulation).

The aim of these smart lunches is to inspire our target audience of aldermen and local government officials in Brussels to discover, understand and implement more Smart City projects. With this in mind, these inspiration sessions are always divided into 3 parts: an academic introduction, the presentation of a project carried out by a company, and inspiring feedback from Brussels municipalities.

After an introduction by Mr Clerfayt, Minister for Digital Transition, we were lucky enough to receive Fayrouze MEKIDECHE, head of the Cartography Department at Brussels Environment, who explained the genesis of the "solar map" service, which allows you to calculate the solar potential of a roof. When you arrive on the website, all you have to do is enter your address (in Brussels) to obtain an overview of the costs and benefits of installing solar panels and/or a solar water heater.

This overview of the costs and benefits specific to your house is based on Urbis data (aerial photos, Urbis 3D and orthophotoplans of the Brussels region), a shading calculation that takes into account the shadow created by surrounding buildings on your future solar panels, and climatological data (path of the sun in the sky according to the hours and seasons, cloud cover). This gives you the number of panels you can install, an estimate of your solar energy production and your positive impact on the environment. Finally, the site offers a profitability calculation and a list of approved installers. Using Smart City data, aerial photos and 3D mapping in this case, intelligent analyses are made and action is taken!

In the second part, we received Jean CORNILLIE, head of the Strategy team at the company 3E. This company specialises in solar data analysis and produces real-time graphs of solar energy production. These analyses are currently offered for the Flemish and Walloon regions, and make it possible to monitor the production of renewable energy throughout the country (solar and wind).

The calculations are made on the basis of data provided by the public authorities on the one hand, and meteorological data recovered from satellites on the other. Indeed, in our two neighbouring regions, a declaration is required when installing solar panels and this data (the number of panels installed) is shared in an open manner. Important work is being done on predictive analyses that will allow territories to better organise our consumption according to forecasts of random renewable energy production. Using Smart City data, renewable energy production capacities and satellite data in this case, predictive analyses are carried out and a better match between supply and demand is obtained!

Finally, we concluded this smart lunch with the presentation of a very inspiring municipal initiative. We listened with great interest to Manon VIERIN, project manager at the municipality of Watermael-Boitsfort, who talked about aerial thermography. This third intervention is no longer about energy production but about energy consumption and tackles a major problem in the Brussels Region: the over-consumption of energy due to poor insulation and heat loss.

Aerial thermography consists of flying over an area with an infrared camera, which provides data to generate maps representing heat loss and heat retention of the buildings overflown. The main purpose is to raise awareness and inform citizens who wish to do so about the energy consumption of their homes, and to have an atlas that presents a global vision of the state of the municipal buildings in terms of insulation in 2021. In Brussels, the dominant sector in terms of energy consumption is housing, and more than half of the energy consumed goes into heating.

Particular attention has been paid to protecting the privacy of the residents of the municipality of Watermael-Boitsfort, which is the owner of the recorded images and has no link with its control authorities (town planning, PEB, police, etc.). This aerial thermography image is a photo of a thermal "snapshot", which depends on the situation at that precise moment (Thursday 28 February at 11 p.m.!), and is not data specific to the building in all circumstances. Finally, the map accessible online will be the low resolution version, the precise version on a house (40 cm resolution) can only be obtained on request by the resident himself.

Once again, thanks to the Smart City data, aerial images taken by an infrared camera in this case, we are able to analyse and identify, together with the local authorities and the residents who wish to do so, the buildings that will need insulation work first.

After several pertinent questions and exchanges, we concluded by announcing the next smart lunches for this autumn on the themes of intelligent parking (November) and responsible digital technology (December).