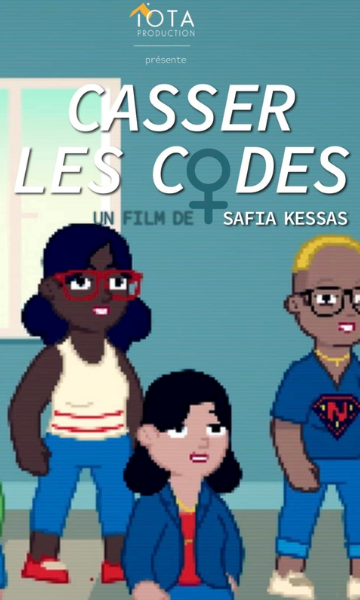 "Casser Les Codes" with the support of the CIRB!

"Breaking the Codes" is a documentary film by Safia Kessas that shows that determination and courage can take you anywhere, even as a woman in a still very male-dominated environment.

Only 14% of jobs in the information and communication technologies (ICT) sector are held by women. Faced with the imbalance in the world of tech, Safia Kessas went to meet a series of women who are shaking things up.

Produced with the support of CIRB, hub.brussels and Innoviris, among others, and produced by Iota Productions, the film follows the careers of emblematic women in the tech sector and discusses their exciting and fulfilling jobs as well as the constant tension between private and professional life that they face in a world where prejudice persists. Like Nadia, an adopted woman from Kenya who became a cybersecurity specialist at Microsoft, whose extraordinary story is featured in this film.

The documentary "Casser Les Codes" by Safia Kessas will be broadcast on 8 December at 11pm on La Une and was previewed at Kinograph (Ixelles) on 7 December. It will also be available on Auvio (MAJ 09/12/21: Casser les codes (rtbf.be))

Safia Kessas is the head of the "Les Grenades-RTBF" project. Supported by the Wallonia-Brussels Federation, the project offers news content from a gender and feminist perspective and aims to give more voice to women, who are under-represented in the media.
Relevant administration(s)
Back to news