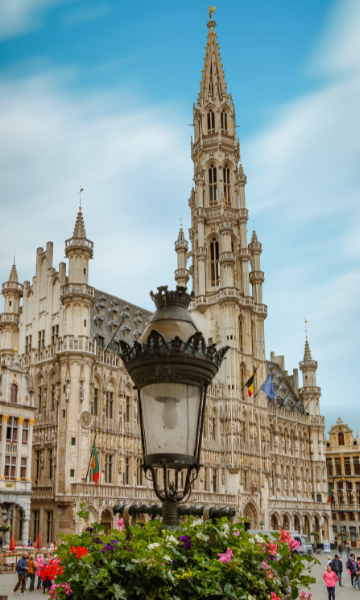 In autumn 2020, The Real Urban Emissions (TRUE) network of experts and researchers evaluated the air pollutant emissions of several thousand vehicles in the Brussels-Capital Region. At the same time, Brussels Environment measured sound levels when some of these vehicles passed by, under acceleration and moderate speed conditions, as part of the "Remote sensing" campaign. Discover the interesting findings of this innovative measurement campaign, which is a first for Brussels!

Until now, road noise was measured globally at different noise measuring stations. This is where the "Remote sensing" campaign has changed the game and innovated: the maximum noise level generated by each passing vehicle was cross referenced with its speed, acceleration, model, type of vehicle and the year it was put on the road. Several interesting findings emerged from these analyses.

First of all, the study showed that road traffic noise is the main source of noise pollution in the Brussels-Capital Region, exposing nearly 64% of the population to an average 24-hour noise level of more than 55 dBA, a level likely to cause significant annoyance.

Since 2018, the WHO has strongly recommended reducing noise levels produced by road traffic to under 53 dBA, because noise levels above this value are associated with adverse health effects. It is therefore crucial to monitor road traffic noise.
Noise was measured at the roundabout exit (2 series), under acceleration and at a moderate speed, at a distance of 5 m from the passage of vehicles. The analyses were performed on the maximum measured sound level for each passage.
The first finding of this study is that speed reduction is effective in cutting vehicle noise unless it is below 30 km/h, the speed at which acceleration, and therefore driving behaviour, mainly influences the noise produced. The generalised transition to a 30 km/h zone in the Brussels-Capital Region is therefore justified from the point of view of noise emissions.

The year of introduction or the Euro standard of the vehicles driving in Brussels had no influence on the noise emitted, either with regard to road noise (series 1) or engine noise (series 2). The difference between the different median levels per year of circulation was at most 1 dBA (imperceptible to a listener). Vehicle evolution over the years, an aspect certain to reduce emissions of atmospheric pollutants, does not go hand-in-hand with a reduction in noise levels.

An analysis by vehicle category also shows that vans and trucks (N1) have similar or 1 dBA higher emissions than passenger cars (M1 category). Motorcycles (L3e) have a level 3 to 4 dBA higher than cars, and trucks over 3.5 tons (N2 and N3) have a level 7 to 8 dBA higher. At the same time, the evolution of noise levels with the power or empty weight of the vehicles shows an increase. Petrol vehicles have slightly lower levels than diesel vehicles (around 1 dBA).
Additional measurements will be needed to identify differences in the emitted levels for electric vehicles, which are underrepresented in this measurement campaign. However, the first analyses show that sports electric vehicles are noisier than the average diesel or petrol vehicle.