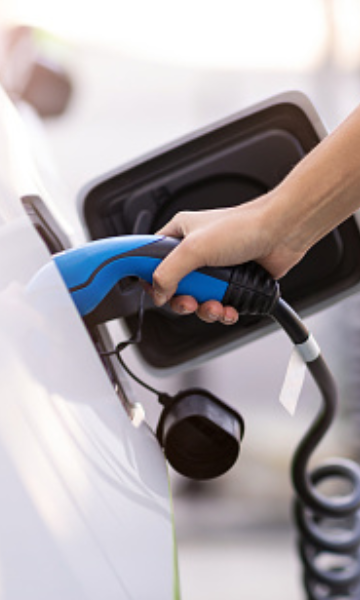 Smart Charging in the spotlight at the tenth Smart Lunch!

A new Smart Lunch took place on 10 May! For the tenth time, the Smart City Office of the Brussels Region virtually brought together the elected officials and employees of the Brussels local authorities to encourage them to make their organisation "smarter". Three speakers honoured us with their presence. The theoretical introduction was given first by Mr Nicolas Spilleboudt, Project Manager Green Mobility at Sibelga. Mr Alexandre Pirson, Alderman for Mobility in Woluwe-Saint-Pierre, was in charge of the "inspiring municipal experience" part. Lastly, the audience was treated to a presentation from the private sector (New Drive company) by Jeroen Veger on Smart Charging! Let's dive into this tenth Smart Lunch!

After the introduction by Mr Bernard Clerfayt, Minister of Digital Transition, Nicolas Spilleboudt, Green IT Manager at Sibelga, opened this 10th Smart Lunch by explaining that, to support the transition to less polluting vehicles, the Brussels Government has committed to deploying 11,000 recharging stations (with two charging points) for electric vehicles accessible to the public by 2035; this is the ChargyClick project, which has been entrusted to Sibelga (via Brussels Environment and Brussels Mobility). This is not to be confused with another project, also entrusted to Sibelga, called MobiClick, which is a central purchasing unit that supports public authorities in the greening of their commercial vehicle fleet.

But what are the characteristics of the charging stations that Sibelga must deploy? They must be multi-operator with universal access for any user, supplied with green electricity, financed by the users of the infrastructure (and not be a cost to the community) and placed in strategic locations. At the same time, Sibelga is obliged to guarantee safety (electrical and fire risks) and the smart use of the distribution network (i.e. minimise investment costs in the network by optimising users' consumption).

Sibelga is taking on this mission in three ways: by coordinating the deployment of the regional vision (established by the VUB) on the basis of criteria that define a number of charging stations on the regional territory. To guarantee a certain degree of collegiality around this project, Sibelga is meeting each of the road managers, who can amend this deployment plan and make it their own for their local needs. The BCR Electricity and Natural Gas Distribution System Operator also confirms the selection of the locations of the charging stations and organises the public procurement contract, the drafting of the specifications and the awarding of the concessions. Lastly, it is responsible for the mission of CPO (Charging Point Operator) of last resort, i.e. becoming the owner of the charging stations, but this mission is not on the agenda since many stakeholders are responding positively to the call.

In the 2022 deployment plan, the planned network ensures that the people of Brussels will be within 250 meters of a charging solution at all times. By the end of 2022, 90% of Brussels residents will have a charging station within 250 m of their home. To achieve this plan, we take into account the existing public charging stations and existing parking spaces and we use the Sweco study (socio-economic study on the deployment of electric vehicles in Brussels). This excludes districts with detached and semi-detached houses, since their location allows for a private charging station, and classified areas. The latter, such as the Garden City in Watermael-Boitsfort, will no longer be a hindrance in 2023.

To implement this deployment plan and offer the most homogeneous geographical coverage possible, Sibelga met the municipalities so that they could validate the deployment zones. The centre of these zones can therefore still move around 50 metres; the spot is then staked out. No fewer than 34 charging stations for shared vehicles are also planned in 2022.

The criterion for charging station use rate has not been used until now because of the lack of available data. Sibelga will be able to use its 2022 data in 2023, for the 2024 deployment plan. On this basis, deployment will no longer necessarily be aimed at guaranteeing homogeneity, but rather at solving usage saturation problems.

A charging station project for electric cars integrated into the public lamp posts has been developed in collaboration with Sibelga in Woluwe-Saint-Pierre, the municipality of our second speaker, Mr Alexandre Pirson. As the municipality's inhabitants are heavily dependent on the car (60% of households have a car), - and while encouraging those who can do without one to do so, it appeared essential to anticipate a strong (present and future) demand. The municipality also noticed a lot of illegal installations, which sometimes prevented access to pavements.

Attracted by the British concept of recharging stations for electric cars integrated into public lamp posts, the municipality began a collaboration with Sibelga (which tested the project and selected the operator with the municipality) and with CityDev. A year and a half passed between the discovery of the innovation and the implementation of this project, which was financed by our own funds.

The system offers many financial, spatial and aesthetic advantages by using the power already present in the public lamp posts to install devices. It is inexpensive, easy to install and less intrusive than a traditional charging station. To use this technology, residents simply need to sign up through an app or a badge given to them. Eight charging stations for electric cars were therefore installed, mainly where people do not have garages, such as in the centre and in the Montgomery district.

Finally, our last speaker, Jeroen Veger, focused on the definition of smart charging, an umbrella term for all technologies that aim to optimise the charging, or even discharging, of an electric vehicle (EV), by managing the vehicle's charging power in an efficient, flexible and cost-effective way. It is the exchange of information between the charging station and the electrical network that will allow the energy source used for charging to be adapted to the situation.

Smart charging actually connects charging stations to users and operators. Each time an electric vehicle is plugged in, the charging station sends information (charging time, speed, etc.) via Wi-Fi or Bluetooth to a centralised cloud-based management platform. Additional data can also be sent. This may include information about the capacity of the local grid and how energy is currently used at the charging site (home, office building, supermarket, etc.). The mass of data is automatically analysed and viewed in real time.

According to the specialist, smart charging systems open up new prospects for electric vehicle users, as well as for companies, the electricity grid and the energy transition in general. This is because many wind and solar energy sources, which are increasingly available, can also be used for smart charging.  Storing wind and solar energy and then feeding it back into the grid will allow us to use it smartly.

V1G, V2G, and V2B/V2H/V2X are all elements of smart charging. "V1G" offers users the ability to recharge their vehicles at the best times. The autonomy of the current batteries does not require a complete daily recharge cycle, so it can be optimised to take advantage of attractive tariffs during the weekend, self-consume excess photovoltaic production in the middle of the day on Sunday or wait until the middle of the night of a particular day when there is too much wind production. "V2X" (vehicle-to-everything) aims to exploit these same batteries by also allowing the stored energy to be re-injected into the grids at the best times. An electric vehicle is in fact a large reservoir of unused energy 95% of the time, that can supply a household's needs for several days and, on the scale of the electrical system, multiply the existing electricity storage capacities over a few days. This new "asset" can be exploited and valorised provided that the energy can be re-injected downstream of the meter into a house or building (V2H [vehicle-to-home] or V2B [vehicle-to-building]) or into the public electricity grids (V2G [vehicle-to-grid]) to provide services to the electrical system.

In practical terms, charging operators can therefore monitor and regulate energy consumption easily and remotely through a platform, website or mobile app. Some apps have a large number of features and allow electric vehicle owners to check the status of their vehicle (current range, battery charge status) and schedule times to charge their car based on electricity prices, among other things.

Do you want to attend the next Smart Lunches? Tanguy de Lestré, Interim Manager of the Smart City Office of the Brussels-Capital Region, is at your disposal to answer any questions.


Relevant administration(s)
Back to news