What is a smart city?

Each city is different. Each city must therefore meet specific needs and challenges. Each city therefore develops its own smart city vision. Consequently, how can the smart city be defined?

Zero carbon city, connected city, efficient city, resilient city, laboratory city… there are as many definitions as there are smart cities. Smart cities are also found on every continent. A few points in common however exist between these different visions of the smart city. The smart city can thus be understood with the help of 6 key words. Its concrete results and objectives can also be grouped into 6 action areas. Finally, the technologies of the digital age are often regarded as the guiding thread of the transformations at work in the smart city.


The 6 action areas of smart cities

To transform itself into a smart city, a city has many areas in which it can act. Six basic directions for action will enable it to direct its objectives along this route, according to the definition of smart cities given by Boyd Cohen, an urban development researcher: 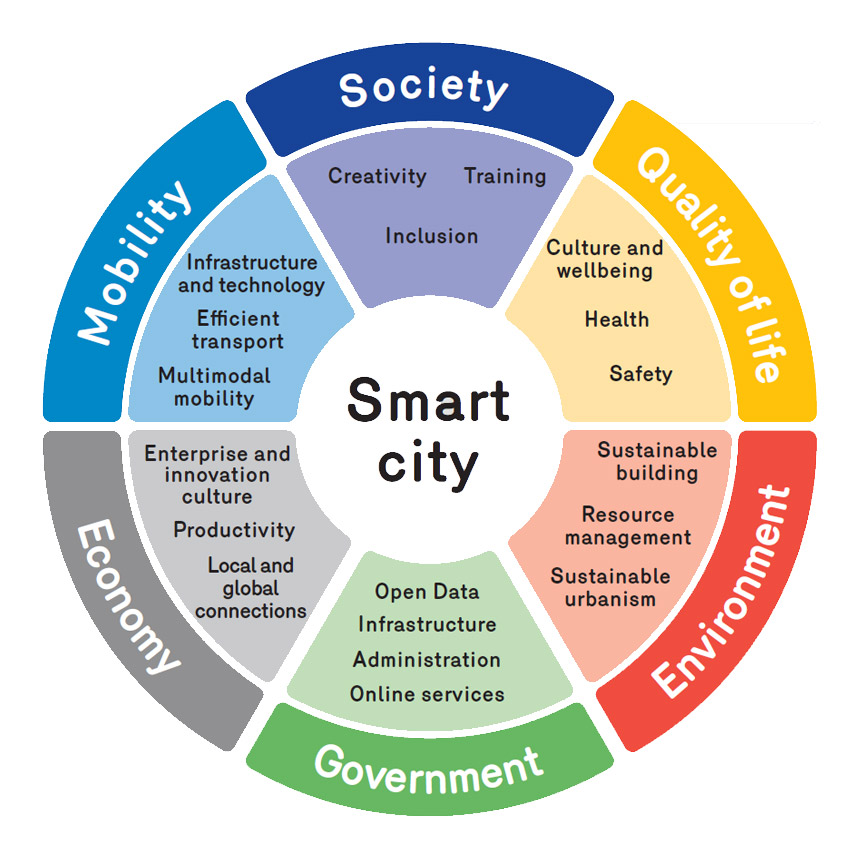 The role of technology in smart cities

Smart cities all share the characteristic of acting on their services and activities to make them more efficient. The ways they achieve this are very diverse, but they often have in common to use of digital technology resources (or ICTs, information and communication technologies). The degree of integration of ICTs in the urban functions is sometimes even considered as the criterion that marks out smart cities from other cities.

The smart city can thus be compared to a lasagna where three “layers” of technology overlay each other: